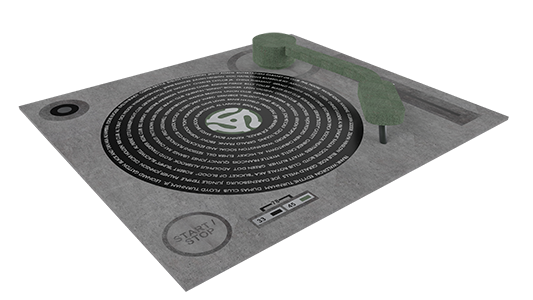 Known as “Goody” to her friends, Lillian Goode was one of pianist Palmer Johnson’s favorite vocalists in the early days of Seattle jazz. She sang at Frank Sebastian’s Cotton Club, in Los Angeles, before coming to the Northwest. In 1920, she was singing with Frank Waldron at the opening of the Lodge Cafe, in Vancouver, B.C., and could be seen again with Waldron in 1936 at the Apex Club on a bill that also included entertainer Eddie Rucker. Goode was caught in a raid in 1927 while performing at an unnamed speakeasy on 12th Avenue and her name turns up again in 1931 at the Club Royale, a basement boite in the Chinatown International District, working with Joe Darensbourg and Gerald Wells. In 1933 she was at a Broadway Hall show featuring the other two top singers in town, Zelma Winslow and Evelyn Williamson and in 1937 she and Winslow appeared at the Ubangi. … END_OF_DOCUMENT_TOKEN_TO_BE_REPLACED

Wells was an important early jazz man on the West coast. Born 1887, probably in St. Vincent, he came to Seattle in 1913 but in 1914 was playing in San Francisco with early jazz band leader Sid LeProtti. Wells toured the West with the So Different Orchestra, which brought jazz to Honolulu in 1917 and then became the first jazz band to play in Army uniform, during WWI. Wells later became President of the Local 493 Musicians Union (the black local). … END_OF_DOCUMENT_TOKEN_TO_BE_REPLACED 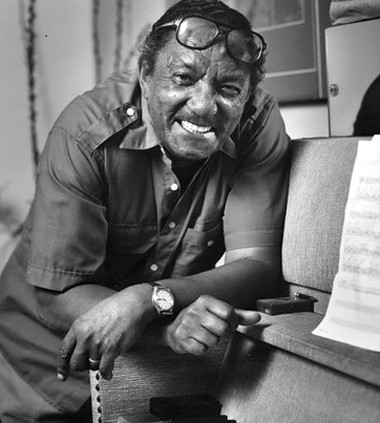 Born in New York, Wiggins served in the Army at Ft. Lewis, in Washington, in 1944, and became an indispensable part of Seattle’s nascent bebop scene during his time there and afterward, getting star billing at Norm Bobrow’s jazz galas at the Metropolitan Theater. “Wig,” as he was called, played piano in a band led by Ernie Lewis and backed up the teenage Ernestine Anderson when she played with Lewis at such venues as the China Pheasant or the 411 Club. After Wiggins left Seattle for Los Angeles in 1948, he led a noted piano trio, backed up Lena Horne and Dinah Washington and coached Marilyn Monroe for her singing role in “Some Like It Hot.” … END_OF_DOCUMENT_TOKEN_TO_BE_REPLACED 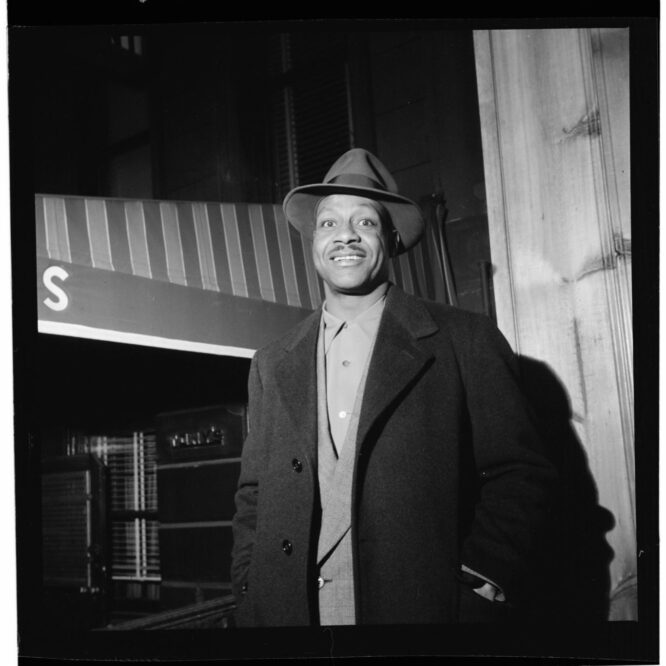 A student at Birmingham Industrial High School, where he studied with Alabama Music Hall of Fame inductee John T. “Fess” Whatley (who also taught Sun Ra), Grimes was playing with the Barnum and Bailey Circus when he was 9-years-old and leading Roger’s Sunshine Minstrels in 1923, also in Alabama. During the Depression Grimes worked with Kansas City band leader Tommy Douglas. In 1940, club owner Russell “Noodles” Smith invited Grimes to Seattle, where he played at the Congo Room, Coe’s Tavern and the Green Dot with Palmer Johnson and led his own trio at the Dutchman Tavern. Grimes left Seattle during WWII to serve in the Navy and later subbed for Shorty Rogers in the Duke Ellington Orchestra, recording “Do Nothin’ Til You Hear From Me” with Duke in 1947. Grimes gave up music and joined the merchant marine in the 1950s and according to Royal, died in that decade. … END_OF_DOCUMENT_TOKEN_TO_BE_REPLACED

Ward grew up in Kansas City, where he heard Count Basie, and moved to Seattle in 1937. A late starter, Ward worked in a southwest Washington lumber mill for three years then joined the Merchant Marine and started taking lessons on the side from Frank Waldron. Ward was hired in 1943 by Al Pierre and played baritone saxophone in Pierre’s “litttle big band” throughout the ’40s, including the band’s last tour, to Alaska. Ward also played at all the other Jackson Street venues, including Basin Street; the Far East Veterans Club, where he worked from 1951-53 with vocalist Dee Dee Hackett; the New Chinatown, from 1954-56; and the black musicians’ union “clubhouse,” the Blue Note. Ward had a second heyday as a more modern saxophonist (and flutist) under the influence of John Coltrane when he co-led a group with saxophonist and flutist Bob Winn at Pete’s Poop Deck. Ward made music a sideline in later life, but remained a fixture on the Seattle jazz scene through the ’80s and ’90s, when he played with the Inner City Jazz Quartet. … END_OF_DOCUMENT_TOKEN_TO_BE_REPLACED 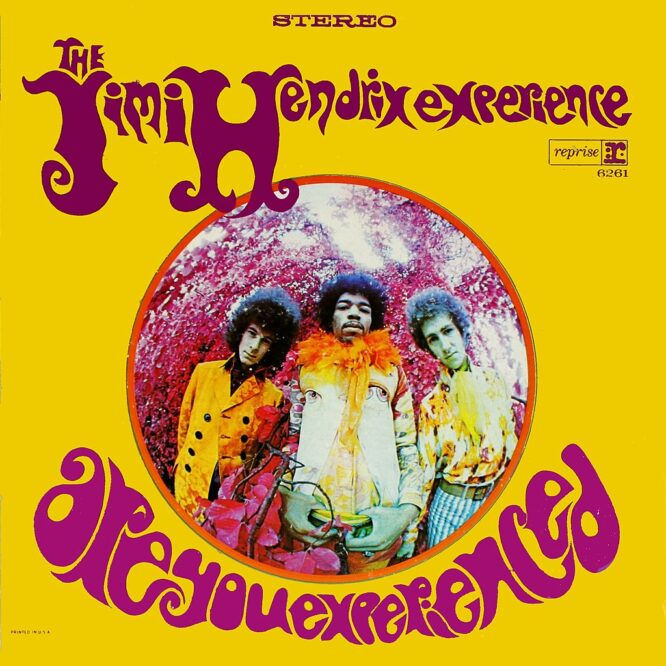 Hendrix figures in the Jackson Street jazz story more by association and lineage than by any direct participation in the jazz scene, but Seattle’s blues- and beat-based music definitely affected his development. Hendrix’s father, Al, was a noted jitterbugger and his mother worked as a teenager in a Jackson Street club known as the “Bucket of blood.” Like so many Jackson Street jazzers, he attended Garfield High School (though he flunked out), and grew up musically in the gritty, blues-influenced milieu of the “Northwest rock” sound developed the Wailers and others. Hendrix played with one of his first bands, the Velvetones, at Birdland, where Billy Tolles had started the Savoy Boys, and at Washington Hall, with the Rocking Kings. … END_OF_DOCUMENT_TOKEN_TO_BE_REPLACED 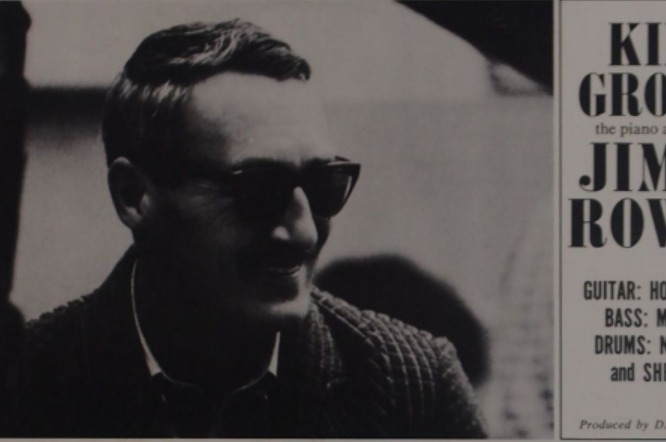 Born in Spokane, Rowles came to Seattle in 1937 to study at the University of Washington but spent most of his time in Jackson Street jazz clubs, including the Black and Tan, where he recalled hearing tenor saxophonist Aaron Davis. Palmer Johnson and Julian Henson were both mentors to Rowles, who eventually dropped out of school and went to Los Angeles, where he became an internationally known pianist and vocal accompanist, playing and recording with Benny Goodman, Woody Herman, Dexter Gordon, and Gerry Mulligan and accompanying Billie Holiday, Peggy Lee, June Christy and others. In his late career, he was known for having mentored Diana Krall. … END_OF_DOCUMENT_TOKEN_TO_BE_REPLACED 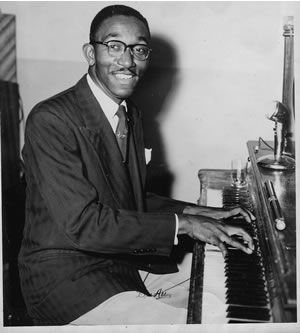 Hatfield formed a gospel quartet in high school in Philadelphia and subsequently sang with the Four Keys, which backed up Ella Fitzgerald in 1942-43, recording with Ella for Decca. After a stint in the service, Hatfield came to Seattle with The Jimmy White Trio, playing piano, and in 1951 decided to make Seattle his home. Hatfield played regularly at the Tennis Club, in the Central District, with Floyd Standifer at the Flame, and in the 1980s and 1990s with the popular Inner City Jazz Quartet, with Jabo Ward (tenor saxophone) or Don Lanphere in the saxophone chair. … END_OF_DOCUMENT_TOKEN_TO_BE_REPLACED 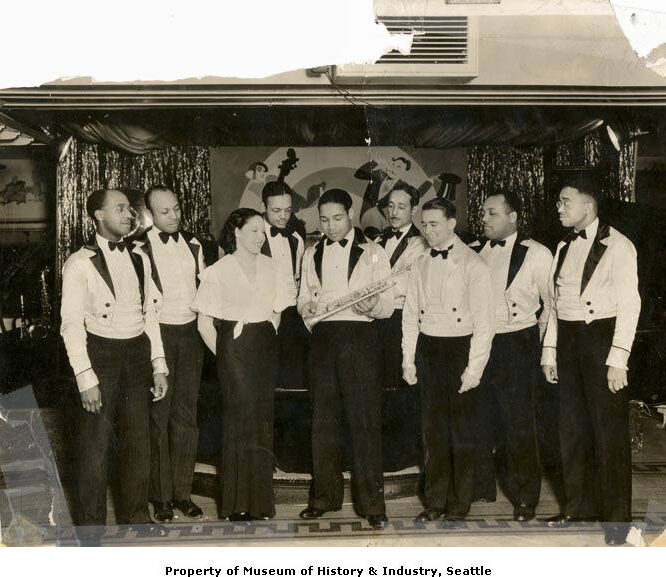 Adams studied with Frank Waldron and played with the Garfield Ramblers and Joe Darensbourg in the 1920s. Jimmy also sometimes served as leader of the Garfield Ramblers, which was known variously in the ’20s as the Jimmy Adams Collegiate 4, 5, or 6. Adams but committed suicide in 1937 over a love affair. … END_OF_DOCUMENT_TOKEN_TO_BE_REPLACED 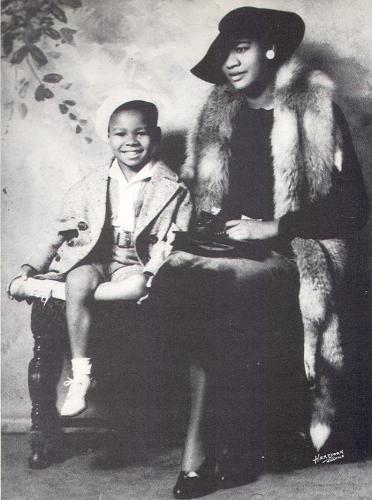 A student of Frank Waldron, Bundy played piano, saxophone, drums and banjo, co-led the Garfield Ramblers, formed by her and drummer Leonard Gayton in 1926 and named after Garfield High School. One of the Central Area’s more popular bands, it was known for traveling to gigs in a hearse. In 1929, Bundy married Charles Taylor; their son, Charles Taylor, Jr. led the first band Quincy Jones played at Garfield in the 1940s. … END_OF_DOCUMENT_TOKEN_TO_BE_REPLACED