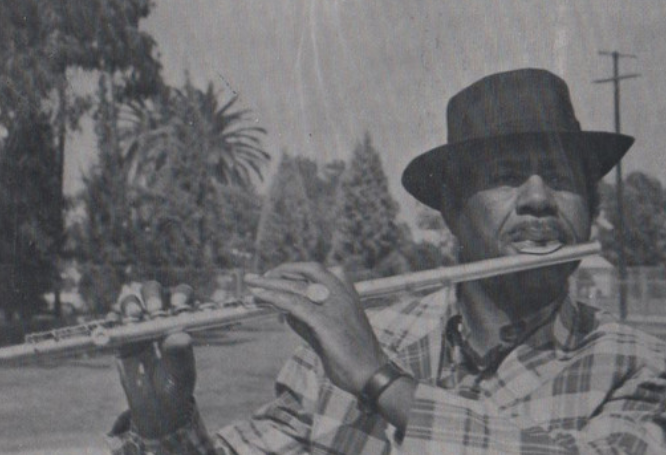 Originally from Memphis, Weathers played with Jay McShann and may have left the band to stay in Seattle after it played Seattle’s Civic Audiorium, in 1945. Weathers was the first player in Seattle with a command of the new bop style pioneered by Charlie Parker, whom he may have heard when Parker played with McShann. Weathers had an outsized influence on local players, particularly pianist Kenny Boas, who roomed with Weathers in 1949. Wyatt Ruther called Weathers the “Charlie Parker of the Northwest.” Weathers left Seattle in the early ’50s and moved to Los Angeles, where he recorded a couple of atmospheric “mood music” albums and made jewelry. He died sometime in the 1960s. … END_OF_DOCUMENT_TOKEN_TO_BE_REPLACED 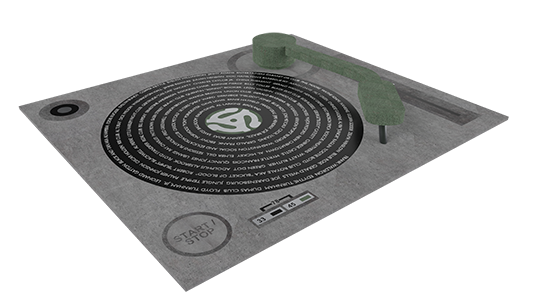 Pigford had the distinction of playing in three of the key bands in Jackson Street jazz history: Billy Tolles and the Savoy Boys, the Al Pierre Band and the Bumps Black Junior Band. A Garfield High School graduate, Pigford asked Frank Waldron for lessons, but the fastidious teacher said he didn’t know enough about trombone to take him on, so Pigford learned his instrument from the music teacher at Garfield, Parker Cook. Pigford gave up music in 1953 and went to work for the Pacific Northwest Theatre Association as a bookkeeper. … END_OF_DOCUMENT_TOKEN_TO_BE_REPLACED 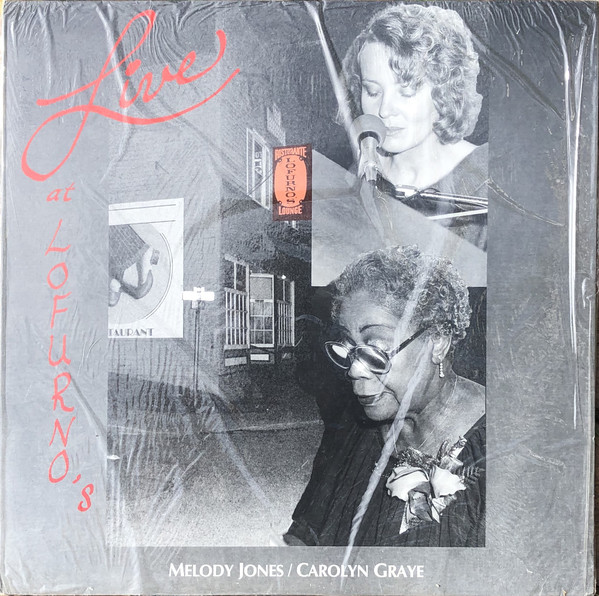 Born in Chicago, Jones lived in Harlem in the ’20s where she received hands-on instruction at rent parties from none other than Fats Waller and also played organ for movies at the Alhambra Theatre. After playing USO shows in the Far East during WWII, Jones moved to Seattle, where her husband’s uncle, Gus West, operated the Black Elks club and introduced her to Al Pierre, who got Melody a gig playing organ afternoons at the Showbox Theatre. Jones also played occasionally with Pierre’s men at the New Chinatown and subbed for Elmer Gill at the Black and Tan. While there, she encouraged Garcia McKee, Ray Charles’ guitar player, to bring Ray Charles to Seattle, and convinced West to give Charles his first Seattle job at the Black Elks, in 1948. Jones left Seattle for a decade, returning for good in 1956. In the ’80s, she kept the Jackson Street legacy alive with bassist Buddy Catlett at a longterm gig at Loforno’s, in Interbay, and played there until it closed, in 1993. … END_OF_DOCUMENT_TOKEN_TO_BE_REPLACED 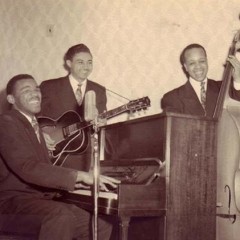 Originally from Virginia, Garred moved to Seattle sometime in the ’40s, where he was recruited by Ray Charles to play in his trio at the Rocking Chair, in 1948. A highly-respected time keeper with a fat sound, Garred was an inspiration to young players such as Chuck Metcalf and continued to play in Seattle with the top players, such as Gerald Brashear and Bob Winn, at such venues as the Lake City Tavern and Pete’s Poop Deck. Garred had problems with substance abuse and an uneven career, spending some time in prison. … END_OF_DOCUMENT_TOKEN_TO_BE_REPLACED

A highly-respected musician who styled himself after Charlie Christian, Green grew up in Minneapolis in the same neighborhood as pianist Julian Henson and knew Leon Vaughn there, too, before coming to Seattle in the late ’30s. Guitarist Al Turay remembered jamming in those years with Green and bassist Junior Raglin, who had a duo gig. In 1940, Green played in Palmer Johnson’s band at the 908 club and at the first formal jazz concert in Seattle, produced by Norm Bobrow at the Metropolitan Theatre. In 1944, Green played in Vaughn’s band at Basin Street and the following year formed a Nat Cole-style trio with Henson and bassist Bob Marshall at the 908. Green remained at the 908 for several years after Henson left for Portland, worked R&B dates with saxophonist Floyd Franklin and played with Elmer Gill. Green eventually opened a pool hall, Milt’s Recreations, at 14th Avenue South and South Jefferson Street. … END_OF_DOCUMENT_TOKEN_TO_BE_REPLACED

A rare instance for her time of a female drummer, Francois came from New Orleans to Seattle, where she owned a nightclub on the corner of 12th & Yesler and sang and played drums in her own house band in the window of the club, billing herself as the “Personality Girl.” In 1950 she worked at Coe’s Tavern with pianist Ernie Hatfield and in 1953 with pianist Melody Jones in an act called “Melody and Mirth” that toured Montana. When Seattle pianist Patti Bown saw Francois perform in 1949, Bown said it gave her confidence that it was OK for a woman to play jazz. Francois moved to Los Angeles in the ’50s and left the music business. … END_OF_DOCUMENT_TOKEN_TO_BE_REPLACED

Along with Frank Waldron, one of the two “patriarchs” of Seattle jazz. A technical virtuoso, Holden was born in Nashville, Tenn. and played on Fate Marable’s riverboats before moving to Chicago, then went to Vancouver, B.C., where in 1919-20, playing clarinet, he led a band that included Jelly Roll Morton, at the Patricia Hotel. Holden played the Blue Rose with Joe Darensbourg and became a fixture at the 908 Club, where he accompanied singers. He played through the 1960s, dying in 1969. His children include five musicians who played roles in Seattle music. … END_OF_DOCUMENT_TOKEN_TO_BE_REPLACED

Born in Houston, Texas and raised in Los Angeles, Johnson came to Seattle in 1928 on a boat to play with Elmer Fain at the Maryland Tavern. Pianist Oscar Holden took the sophisticated stylist Johnson “under his wing” and Johnson decided to stay, playing the China Castle, Herman Myers’ Taxi Dance Hall, the Jungle Temple, Doc Hamilton’s and many other venues. In 1934, Johnson went to Shanhai with the Earl Whaley Orchestra and stayed three years. When he returned to Seattle, he became a major figure in the “boogie woogie” craze of the early ’40s, playing the Palomar Theater. In 1943, he took a long-term gig in Alaska and did not return to Seattle until the ’50s, when he wound down his career. … END_OF_DOCUMENT_TOKEN_TO_BE_REPLACED 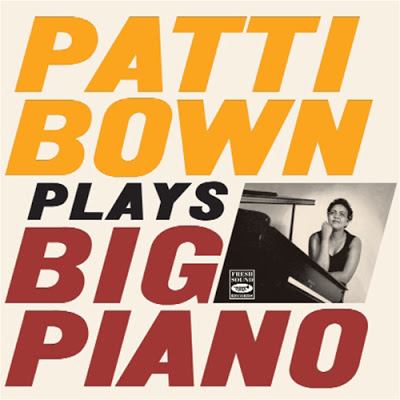 Initially trained as a classical pianist, Bown was an original stylist whose family disapproed of her visceral attraction to the Jackson Street and East Madison Street jazz clubs, but she found her way to the bandstand, nevertheless, taking pointers from Ray Charles and working as a teen at the Washington Social Club. Bown moved to New York City in 1955, where she became an in-demand studio player and recorded her own album for Columbia, “Patti Bown Plays Big Piano.” In 1959, she was recruited by Quincy Jones to play in the big band he took to Europe. Her compositions were recorded by Sarah Vaughan, Benny Golson and Duke Ellingtonand she recorded with Aretha Franklin and James Brown. Between 1962-1964 she served as the musical director for the bands accompanying Dinah Washington and Sarah Vaughan. In the 1970s, Bown worked as a pianist in orchestras on Broadway and composed for film and television. She enjoyed a robust career leading a trio, as well, sometimes at the Village Gate. … END_OF_DOCUMENT_TOKEN_TO_BE_REPLACED 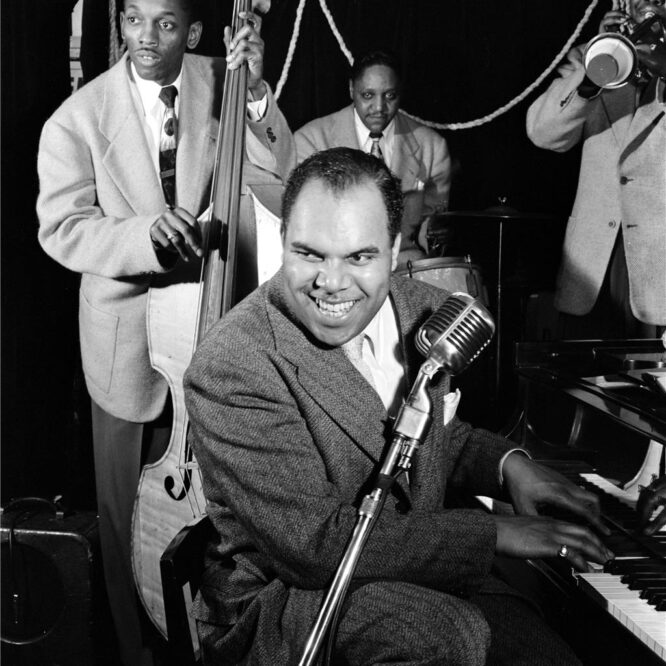 After losing everything in the 1929 crash, Moore’s adoptive parents moved from Portland, Ore., to Seattle’s Chinatown International District, where Moore went to work as a pianist for Frank Waldron, at the Chinese Gardens, to help support the family. Moore attended Cornish College and worked in Seattle until 1935, when he moved to Los Angeles. There, he became a vocal coach for movie stars such as Ava Gardner, Dorothy Dandridge, Lena Horne and Marilyn Monroe and wrote music for films, including the Marx Brothers’ “A Day at the Races.” In the 1940s, Moore formed an influential quartet, the Phil Moore Four and in 1945 became the first black talent director for CBS. … END_OF_DOCUMENT_TOKEN_TO_BE_REPLACED